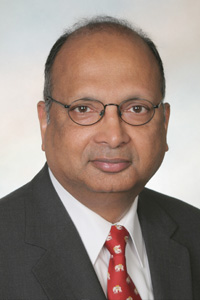 Paulraj is an Emeritus Professor at Stanford University and a pioneer of MIMO, which is the core technology in all broadband wireless systems.

His recognitions include the US Govt. Patent and Trademark Office – National Inventors Hall of Fame, the Marconi Prize, the IEEE Alexander Graham Bell Medal, and National Awards from the Govts. of India and PR China. He is a member of several national academies around the world including the US National Academy of Engineering and American Academy of Arts and Sciences.

Paulraj founded three wireless tech companies in the Silicon Valley that were later acquired by Intel, Broadcom, and HPE. He has authored two books on MIMO and 450 archival publications, and a co-inventor on 80 US patents.