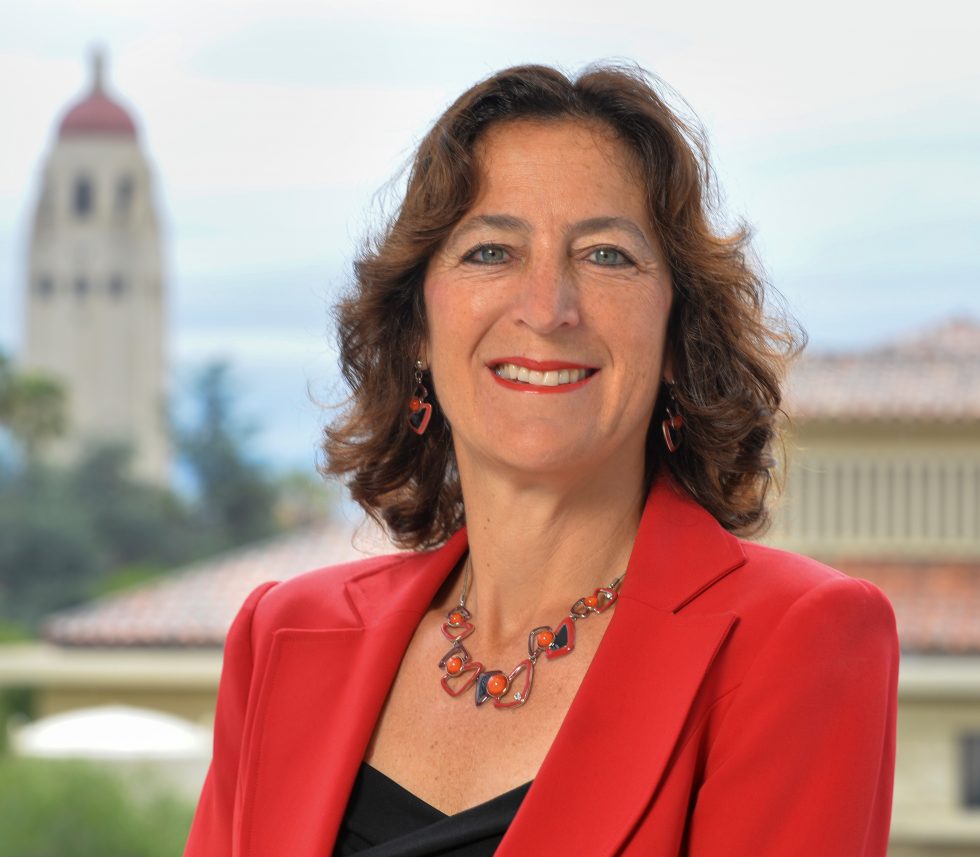 Andrea Goldsmith is the Stephen Harris professor in the School of Engineering and a professor of Electrical Engineering at Stanford University. She co-founded and served as Chief Technical Officer of Plume WiFi and of Quantenna (QTNA), and she currently serves on the Corporate or Technical Advisory Boards of Crown Castle Inc. (CCI), Sequans (SQNS), Quantenna (QTNA) and Cohere.

She has also held industry positions at Maxim Technologies, Memorylink Corporation, and AT&T Bell Laboratories. Dr. Goldsmith is a member of the National Academy of Engineering and the American Academy of Arts and Sciences and has received several awards for her work, including the IEEE Eric E. Sumner Technical Field Award, the ACM Athena Lecturer Award, the IEEE ComSoc Edwin H. Armstrong Achievement Award, the ComSoc Technical Achievement Awards in Communications Theory and in Wireless Communications, the ComSoc WICE mentoring award, and the Silicon Valley/San Jose Business Journal’s Women of Influence Award. She is author of the book Wireless Communications” and co-author of the books “MIMO Wireless Communications” and “Principles of Cognitive Radio,” all published by Cambridge University Press, as well as an inventor on 29 patents. Her research interests are in information theory and communication theory, and their application to wireless communications, distributed systems, and neuroscience. She received the B.S., M.S. and Ph.D. degrees in Electrical Engineering from U.C. Berkeley.

Dr. Goldsmith participates actively in committees and conference organization for the IEEE Information Theory and Communications Societies and has served on the Board of Governors for both societies. She has been a Distinguished Lecturer for both societies, served as the President of the IEEE Information Theory Society in 2009, founded and chaired the student committee of the IEEE Information Theory society, and is the founding chair of the IEEE TAB Committee on Diversity and Inclusion. At Stanford she has served as Chair of Stanford’s Faculty Senate and for multiple terms as a Senator, and on its Appointments and Promotions Advisory Board, Budget Group, Committee on Research, Planning and Policy Board, Commissions on Graduate and on Undergraduate Education, Faculty Women’s Forum Steering Committee, and Task Force on Women and Leadership.