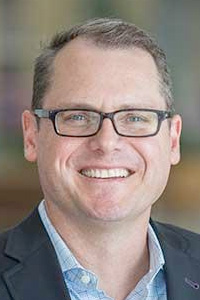 Dr. John E. Smee is Vice President of Engineering at Qualcomm Technologies Inc., where he is the 5G R&D lead responsible for overseeing all 5G research projects including end-end systems design and advanced RF/HW/SW prototype implementations in Qualcomm’s wireless research and development group.  He joined Qualcomm in 2000, holds over 100 U.S. Patents, and has been involved in the design, innovation, standardization, and productization of wireless communications systems such as 5G NR, 4G LTE, 3G CDMA, and IEEE 802.11.  He also leads Qualcomm’s companywide academic collaboration program across technologies including wireless, semiconductor, multimedia, security, and machine learning.  John was chosen to participate in the National Academy of Engineering Frontiers of Engineering program and received his Ph.D. in electrical engineering from Princeton University and also holds an M.A. from Princeton and an M.Sc. and B.Sc. from Queen’s University.