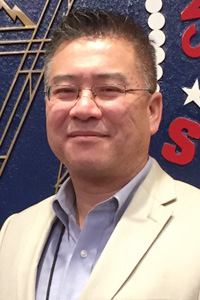 Michael Ha is the Chief of Policy and Rules Division, Office of Engineering and Technology at the Federal Communications Commission. Since joining the Commission in 2010, he has been engaged in various proceedings on spectrum allocations for wireless broadband services, mobile/fixed satellite services, public safety services and unlicensed services. Michael’s recent focus has been on Spectrum Frontiers where mmW band spectrum above 24GHz is being made available for 5G services. He is also focusing on the terahertz spectrum in the Spectrum Horizons’ proceeding, as well as the mid-band spectrum in 3-7GHz band. Michael serves as the FCC’s liaison to the Interdepartment Radio Advisory Committee (IRAC) where federal/non-federal spectrum sharing discussion takes place with federal agencies.

Michael held various technology and management leadership positions in R&D, Technology Development, Corporate Strategy and Product Management through his private wireless industry career. Prior to joining the Commission, he served as the Director of Device Management at Sprint-Nextel, where his team was responsible for the WiMAX device development and portfolio strategy.